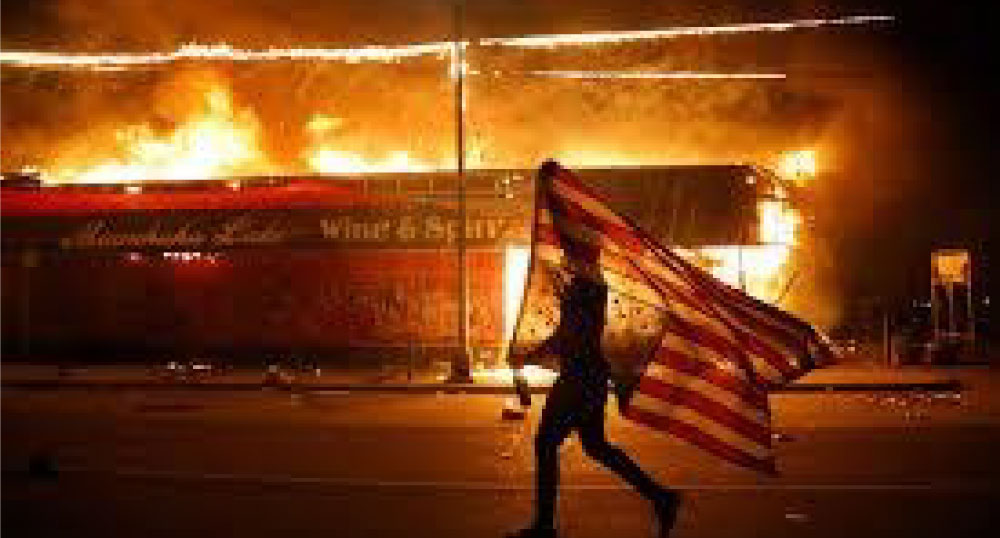 Any patriotic American and all Christians should be concerned about the recent political trend toward Socialism because Socialism is a first step in a one-way ticket to the destruction of America by way of Marxism.

A Harris Poll found that 61 percent of Americans aged between the ages of 18 and 24 “have a positive reaction to the word ‘socialism’ and overall 43% of Americans embrace some form of socialism”.

At first glance the title of this post may seem strange because the economic theories of socialism and Marxism are being discussed with Communism, a political theory and Christianity, a religious belief. Usually the discussion on socialism and Marxism would be compared with Capitalism, all three being economic theories. The discussion with Christianity is warranted as you will see because Socialism, Marxism and Communism impinge on the Christian world view and personal freedom.

Socialism is a political and economic theory of social organization which advocates that the means of production, distribution, and exchange of property, goods and services should be owned or regulated by the community as a whole and usually decided by the government.

History demonstrates that in the slide from Socialism toward Marxism and Communism the power is concentrated at the top in the form of totalitarian persecuting dictatorships. Examples are Communist Russia, Communist China, Communist Cuba and Nazi Germany (NationalSocialist German Workers’ Party) prior to the end of World War II. There are a number of countries in the world today who are socialist but not Marxist and all of them have poor economies and a low standard of living.

A few Christians are mistakenly attracted to socialism because the definition sounds like “sharing”. To support this view some Christians will cite Acts 2: 44-45 as a statement of compatibility of Christianity with Socialism.

“All the believers were together and had everything in common.They sold property and possessions to give to anyone who had need.”

The statement in Acts is not a statement of socialism which means the government decided, owned and regulated what was done. In Acts the Christians, in the face of severe persecution where they could lose everything decided for themselves to share with others and sell property and possessions. The government did not make them do it. Millions of Christians today choose themselves to make that decision.

Socialism is not sharing but rather it is redistribution of wealth that kills individual incentive. To be clear, a socialist can be a Christian and vice versa. It takes no position on religion and does not exclude God.

Socialism is fundamental to Marxism which reflects the political and economic theories of Karl Marx and Friedrich Engels. It was later extended by their followers to form the basis for the theory and practice of Communism, but its underpinnings are socialist and Marxist. Communism is a political theory advocating class warfare and leading to a society in which all property is government owned and each person works and is paid according to their abilities and needs. In other words they work for the government and the dictator is the decision maker.

Christians cannot be Marxists or Communists because both fundamentally reject God. If there is any question as to whether Marxism and Christianity have anything in common it is answered by the man himself, Karl Marx:

The first requisite for the happiness of the people is the abolition of religion. He went on to say that “Religion is the sigh of the oppressed creature, the heart of a heartless world, and the soul of soulless conditions. It is the opium of the people.” and “My object in life is to dethrone God and destroy capitalism.”

The Christian church desires to keep God on the throne and in American culture and has little concern with physical needs but focuses on the spiritual need of man to seek eternal life. Marxism is out to destroy America from within by destroying Christianity and have the government equalize everyone by meeting the physical needs of man. Christianity promotes individual decision making and is at the root of freedom, the basis of Capitalism. Capitalism provides everyone the opportunity to meet their own physical needs.

Marxism targets youth. Consider this recent quote from the Marxist publication Socialist Revolution regarding America “This unprecedented, elemental, mobilization of ordinary workers—and above all, the youth—will leave a lasting imprint on the consciousness of the workers and youth of the world. After living through the events of 2020, nobody can deny that we live in an epoch of revolution—or that the masses in the US are capable of rising up to overthrow the system.”

Christianity and Marxism are so different that one cannot be both. One wonders how many Christians unwittingly or unknowingly participate in causes that sound acceptable to Christian doctrine but are the front for an underlying Marxist objective for its own destructive benefit. The summer of 2020 has been an example. It is unknown how many Christians are among the recent peaceful protests and how many have joined the looting and rioting.

Educating on Marxism is welcomed as long as it is not Marxist in method and is taught equally among all economic, political and religious teaching. Its teaching with a more Marxist bent has been present in the schools for some time and this has been a driving force behind the non-peaceful aspects of recent protests.

So Christians and its youth in particular need to know and understand their faith to the point that they can contend for it and be able to contrast the Christian worldview with the worldviews of Socialism, Marxism and Communism. The future of America depends on it.