Christianity Under Attack I 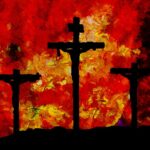 You might think I am talking about the persecution of Christians in some Middle Eastern country by terrorists where pain, suffering and death are real possibilities. No, we have our own attacks on Christianity going on right here in America. These attacks do not involve guns and swords. Rather these attacks, based on worldviews contrary to Christianity, are aimed at the minds of Americans and the youth of America.

The irony is that America’s freedoms make it possible for these contrary worldviews to attack the very worldview responsible for the country we have. The founders of America were influenced by the principles of Christianity in making America free to say and do what you please even including organized agendas that could be decidedly anti Christian even anti American. As pointed out in the book Good Faith 1, Christianity has in the view of many Americans become irrelevant and extreme and there is solid trend data to support that claim. This post is the first in a series aimed at discussing this tragic trend and why it has become a problem for families and the church. It is also no less than a looming national security issue for the United States of America, as we have known it.

During the twentieth and now twenty-first centuries, there has been an organized ongoing effort to discredit Christianity. The attack has been led by an atheism that permeates our educational and political systems from people in positions of power and influence. They will challenge every aspect of Christianity from the events reported concerning Jesus’ life and Resurrection (See TKWC Posts) to the authorship and authenticity of the New Testament (See TKWC Posts). These challenges usually attack the New Testament, the existing documentation on which the story of the founding of the Christian faith in the first century is based. They do not treat the information found in the New Testament as factual accounts by writers who were eyewitnesses and who were willing to die for their beliefs. Today a revisionist history and theology are typically taught in the university and even in some churches. The American culture at large has been buying into these distortions and as a result Christianity as an influence in America has been diminished.

For example, Chris Hallquist, president of “Atheists, Humanists and Agnostics” at the University of Wisconsin-Madison, discounts the eyewitness nature of much Scripture when he writes, “ . . . in the eyes of almost all informed non-Christians, and many more liberal Christian biblical scholars, the Bible contains no eyewitness reporting on Jesus’ life . . . . The authors of the New Testament could easily have been just writing down legends about Jesus, and there’s good reason to think in many cases they were” (July, 2012).

From reading the original posts on this web site and my new book To Know With Certainty that highlight the scientific, historical and biblical information that supports the Christian faith and the New Testament one would easily discern that the above quote is an outright fabrication and in direct disagreement with the facts.

For the last almost 100 years this country’s educational system has been under the influence of secular humanism. The American Humanist Association has as its subtitle, Good without God and states in its introduction “The time has come for widespread recognition of the radical changes in religious beliefs throughout the modern world. The time is past for mere revision of traditional attitudes.”

Charles F. Potter, a Universalist minister and early humanist founder and the author of Humanism: A New Religion (1930), wrote, “Education is thus a most powerful ally of humanism and every American public school is a school of humanism. What can the theistic Sunday schools, meeting for an hour once a week and teaching only a fraction of the children, do to stem the tide of a five-day program of humanistic teaching?” 3

Potter is right and the point he makes is this: the intellectual influence in school that excludes God has about 40x more time to sink into a student’s mind than whatever intellectual countermeasures the student is able to get in church regarding faith, and more than what the child gets at home.

Recognizing the success of humanist-based education, leading secular humanist Paul Blanshard pronounced, “I think the most important factor leading us to a secular society has been the educational factor. Our schools may not teach Johnny to read properly, but the fact that Johnny is in school until he is 16 tends to lead toward the elimination of religious superstition. The average child now acquires a high school education, and this militates against Adam and Eve and all other myths of alleged history” 4. Johnny is receiving a humanist-driven intellectual understanding about his world to the exclusion of God’s role in it.

In future posts the effects of competing world views to Christianity on Christianity and America will be explored as well as solutions.