A lot has been written on creation. Not much attention is paid to precreation but it was in precreation that all that was necessary for creation was. With creation came matter, space and time so we cannot ask how long precreation was or assign any parameters to it because there was no time, space or matter. Science says nothing on precreation. What we know about precreation is only what the Bible says about it. God had the present time in mind before creation and there was purpose in His creation that is relevant to today. What the Bible says is profound, eternal and is where the faith journey begins.

The first words of Genesis “In the beginning God created the heavens and the earth” establish God as being before the creation. As in any creation the creator precedes the creation event. God provided an acknowledgement of his existence before creation when, as described in Exodus, Moses asked God who should he tell the Jews was sending him back to free his people in Egypt. God told Moses to tell them “I Am has sent me to you”, the “I Am” meaning he always has been, is and always will be. That is what we know about God before creation. God was.

What was he doing before creation? The Bible is silent on what God was doing but it does tell us he existed and had a plan before creation. The Bible says that before creation he predestined us to be made holy and blameless in his sight and to be adopted as his sons through Jesus Christ. Eph.1: 4-5. This implies that God, before creation, knew we would need a way to be saved from evil. As Christians we believe God’s precreation plan is exactly what he has carried out in his creation. It is the foundation of the Christian faith. Simply, what God predestined for man is the purpose for the creation of the heavens and the earth.

Christ is also described as being present at the creation thus making his existence coincident with precreation as stated in John 1:1-4, “In the beginning was the Word, and the Word was with God, and the Word was God. He was with God in the beginning. Through him all things were made; without him nothing was made that has been made. In him was life.”

The Apostle Paul in Col. 1 15-17 declares Jesus was the image of the invisible God and all things were created in him (or by him) and that he was before all things. Before all things is before matter, space and time which was created as part of the creation. Jesus equated himself with God and declared a precreation existence when he said, “Before Abraham was born “I Am”. (John 8:58)

The Bible speaks of wisdom being brought forth by God first, at the beginning; “The LORD brought me (wisdom) forth as the first of his works, before his deeds of old; I was formed long ages ago, at the very beginning, when the world came to be”. (Prov. 8: 22). Further, 1 Corinthians 2: 6-8 tells us, “We do, however, speak a message of wisdom among the mature, but not the wisdom of this age or of the rulers of this age, who are coming to nothing. No, we speak of God’s secret wisdom, a wisdom that has been hidden and that God destined for our glory before time began. None of the rulers of this age understood it, for if they had, they would not have crucified the Lord of glory.” The Bible is clear that God’s wisdom is a mystery and different than worldly wisdom; God’s wisdom has been hidden but it is the essence of His plan that He predestined for our glory before time began. Our glory is God’s glory for us by finding us holy and blameless in his sight.

Conclusion: Precreation is not a time period or a mass and did not occupy any space. It just was. God, Jesus and wisdom were present at creation meaning they were before creation. That is difficult to get our minds around since we are use to having everything explained in terms we can relate to. Further, adding to the mind difficulty is that before creation, God, who cannot stand the presence of evil, knew we would be in a created world that would have evil in it. However, through His wisdom he predestined you and me to be holy and blameless in his sight through Jesus. That is why there was a creation and that is exactly what has been going on since creation. It might be intended that we are not to get our minds around precreation and God’s predestination objective because if we could that would leave less room for faith. 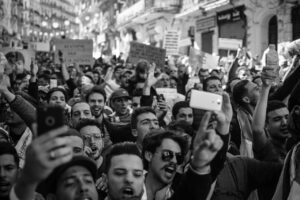 Any patriotic American and all Christians should be concerned about 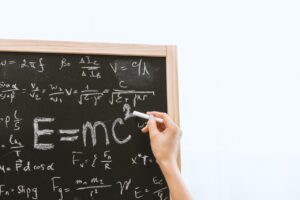 Math is a product of the mind, an intelligent one.