Is God Active and Involved in Creation Today? 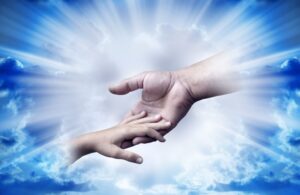 Is God active today in his creation? This is a good question and one that many people have. This question implies that the questioner thinks God was once active in his creation but questions whether God is still involved. It also signifies that the questioner may not see any evidence of God’s activity today. If God is still involved what is the evidence and assurance? First let’s look at a time perspective.

Our time perspective is very different in relation to God’s. As creator he was before time and time came about at creation. So time is nothing to God. However, we live by time so therefore we expect things to happen in time.

The scientific description of Creation is that the universe was created out of nothing about 13.8 billion years ago followed by the creation of Earth about 4.8 billion years ago. (Making some reasonable assumptions about the 6-day Biblical creation description the scientific description can be in agreement.) Biblical man, represented by Adam, has been on earth about 10,000 years. That is when God and man entered a personal relationship.

In terms of God’s total activity with creation and his personal relationship with man God’s revelation of himself to man has been only 7.7 x 10-9% of the time God has been creating. So we are seeking a look at God’s activity during a very, very small window of 10,000 years out of 13.8 billion years. Remember it is God who ordained that the scientific laws and forces that make earth habitable for life in this hostile to life universe are still dialed in to the precise values required. As creator he could change them with his word so he is active in keeping them dialed in.

The Bible records numerous instances of God being active in his creation within this small window of time. He was involved directly with people who had personal encounters with him: Adam and Eve, Noah, Abraham, Isaac, Jacob, Moses, David, the Prophets, Jesus, Paul the Apostle and the disciples John and Peter just to name a few. He was also involved with activities described in the Old Testament: the Creation, the Flood, the Exodus out of Egypt, the occupation of the Promised Land, the Israelites throughout the Old Testament. Then there was silence.

According to the Bible there was a period of about 400 years between the Old and New Testament when God was seemingly inactive.  The Old Testament ended with these words, Behold, I am going to send you Elijah the prophet before the coming of the great and terrible day of the LORD. He will restore the hearts of the fathers to their children and the hearts of the children to their fathers, so that I will not come and smite the land with a curse(Malachi 4:5-6 NLV).

The silent period ended where the New Testament begins with the coming of John the Baptist to pave the way for the ministry of Jesus who equated John with Elijah (Luke 1:17 NLV). The point here is that God can seem to us silent for periods of time.

The lesson to be remembered about the silent period is that the silence of God for a period of time is not to be taken as the absence of God. That applies today as well. We do not know when God will reappear that we can see and directly talk to him but we know that can happen based on history and will happen again based on what the Bible says.

Remember God is not governed by time. To him “a day can be as a thousand years and a thousand years like a day” (2Pet 3:8 NIV) and probably more. Rather, God acted in the fullness of time, at the perfect time in history to bring Jesus to mankind, an act predestined by God before the creation of the world (universe?) to make us holy and blameless in his sight. (Ephesians 1: 4-7 NLV) The word “make” indicates God would be active.

After the 400-year silent period God again became personally active as evidenced in the birth, life, death and resurrection of Jesus, the sending of the promised Holy Spirit at Pentecost, the conversion of Paul and perhaps other unrecorded events. The promised Holy Spirit did not come and leave after Pentecost it was a promise by Jesus that when it came it would stay with us and help (be active with) us.

The Bible is clear on how God is active today. “In the past God spoke to our ancestors through the prophets at many times and in various ways, but in these last days he has spoken to us by his Son, whom he appointed heir of all things, and through whom also he made the universe.” (Hebrews 1:1-2 NLV)  Jesus confirmed an ongoing active relationship with us. “Teach these new disciples to obey all the commands I have given you. And be sure of this: I am with you always, even to the end of the age.” (Mathew 28:20 NLV) Then Jesus said how he would do this following his resurrection.  “ If you love me, keep my commands. And I will ask the Father, and he will give you another advocate to help you and be with you forever— the Spirit of truth. The world cannot accept him, because it neither sees him nor knows him. But you know him, for he lives with you and will be in you”. (Jn 14: 15-17 NIV) Thus it was through Jesus that God spoke 2000 years ago but since then he speaks through the Holy Spirit and he speaks to those who love him and keep his commandments.

So the Holy Spirit is here right now and God’s activity today is very visible if you look for it.  Many world cultures that seem so unlikely to have a Holy Spirit in action do have him and in a big way. China and the Muslim world are coming to believe in Christ in huge numbers in spite of intense persecution. God’s activity is being expressed through the Holy Spirit just like it was in the first and second centuries when there was also persecution.

Maybe it is harder to see God in action in America where numerous and often extravagant material and informational needs are literally seconds away and literally at our fingertips. We have become so self-sufficient and having things immediately we forget to call on God and allow him to act for us in his time.

When we ask about God’s activity we are asking the wrong question. We should be examining our own activity in relation to God. As Jesus told us “If you then, though you are evil, know how to give good gifts to your children, how much more will your Father in heaven give the Holy Spirit to those who ask him!” (Luke 11:13 NLV) You have to seriously ask and be prepared to wait in the assurance that God hears and answers your prayers.

From personal experience in my business and personal life I have asked God to help me in situations that I felt were beyond my ability. In every case he delivered in his own time. Just this week my 9-year-old grandson prayed to accept Jesus and it happened at Vacation Bible School. He was joyous beyond measure and said he felt the presence of the Holy Spirit. Ask my Grandson and he will say God is active.

With the coming of Jesus, God began a new way to be active with his creation. He became active through the Holy Spirit. As Jesus said God is spirit, and his worshipers must worship in the Spirit and in truth(John 4:24 NLV). We must connect with God on a spiritual level and in turn he acts with us on a spiritual level.

Take time out with your worldly activities to be spiritually involved with him. You want to see God being active?  Then be active with him.