Can One Lose Their Salvation? 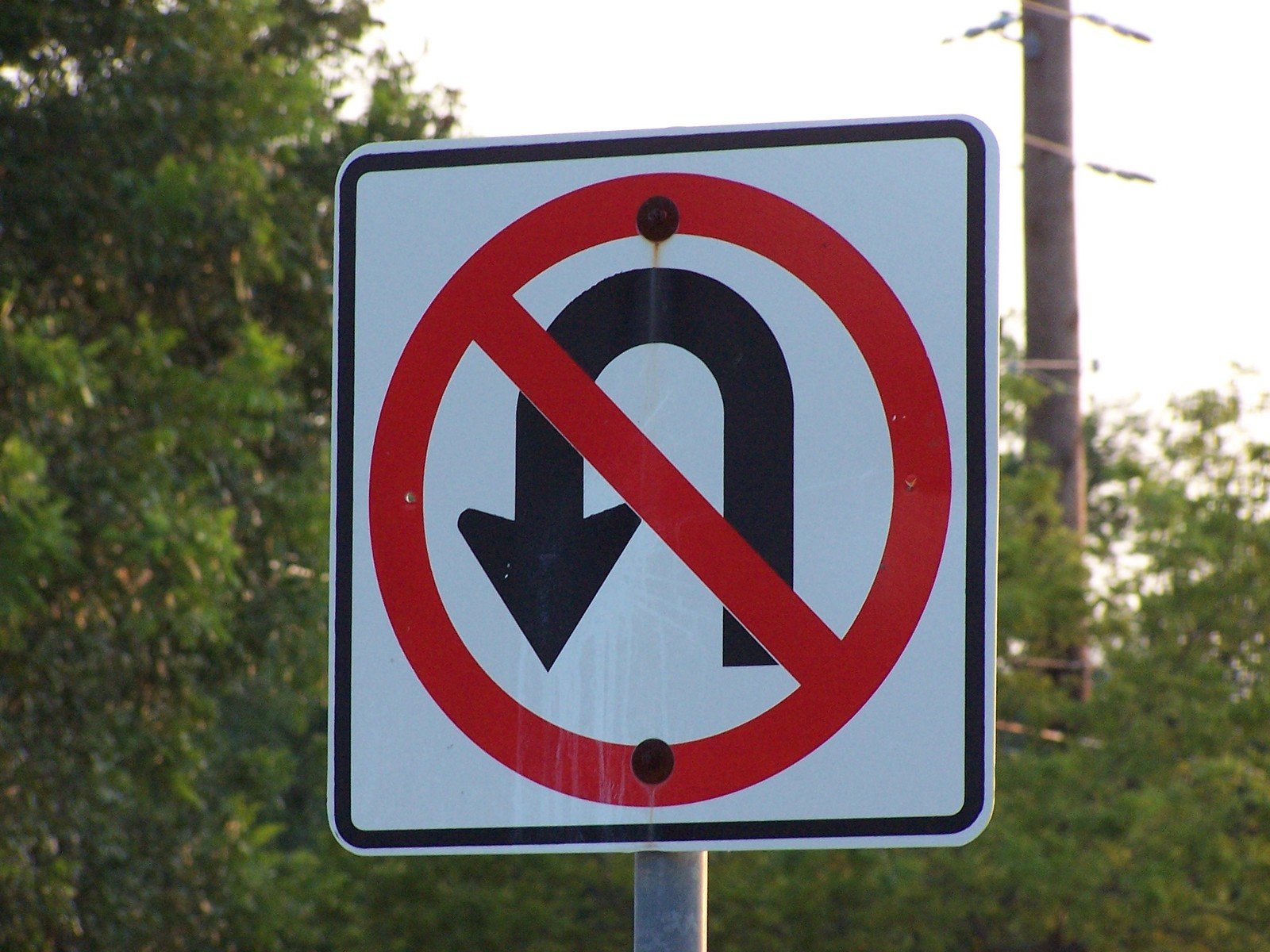 The question of “Can one lose their salvation?” has been debated among Christians for years. Answers range from “no” and “never” to “yes”. This article takes the position that the answer is “yes”, under certain conditions, one can lose salvation. They undergo a deconversion and become an apostate, based on the loss of a belief in Christ.

Before building the case, some definitions are in order.
Deconversion: The loss of faith in a religion, for example. Christianity, and return to a previously held religion or non-religion (typically atheism, agnosticism, or rationalism).
Apostasy: Apostasy is when someone who at one time professed the Christian faith renounces it completely. They become an apostate.
Renounce: Formally declare one’s abandonment of a claim (Christianity) or to reject and stop using or consuming.
Blaspheme: To speak irreverently about God or sacred things.

Regarding whether one can lose salvation, there are three views. The first opposing view is “once saved, always saved,” even if you turn away from Christ through deconversion or apostasy. Under this view, salvation is a lifetime covering regardless of what one believes after having once made a genuine profession of faith.
The second opposing view is that if one has made an initial profession of faith and then later declares that they no longer believe the original profession of faith was not genuine.
The third, a supporting view, is that you can lose your salvation, i.e., no longer saved, even if your original salvation was genuine based on belief at the time, but later, you no longer believe. You have undergone a deconversion. Marriott has given real-life examples of deconversion.1

What the Bible says
The Bible refers to people who were once in the church and left the church. Presumably, these people had made professions of faith in Jesus Christ and became part of the church. In 1 John 2:19, he says about them, “They went out from us, but they did not belong to us. For if they had belonged to us, they would have remained with us; but their going showed that none of them belonged to us.” The Apostle John went so far as to call them antichrists if they had denied God and that Jesus is the Christ.
Does this passage mean these people were apostates? Did they undergo a deconversion? Had these people pretended or thought they were believers but never really trusted Christ? Alternatively, did they experience a deconversion from genuinely believing to non-believing? It is not clear if “belonged to us” means they had been saved or were part of the fellowship of believers, the church.

Hebrews 6:4-6 is more specific. “It is impossible for those who have once been enlightened, who have tasted the heavenly gift, who have shared in the Holy Spirit, who have tasted the goodness of the word of God and the powers of the coming age and who have fallen away, to be brought back to repentance because to their loss they are crucifying the Son of God all over again and subjecting him to public disgrace.” The passage appears to be saying that some have once tasted the heavenly gift of salvation, i.e., enlightened (saved), shared in the Holy Spirit, and tasted the goodness of God’s word but cannot be brought back to salvation. The passage describes a deconversion, and they can’t be brought back to repentance, the first step in salvation.

Another interpretation holds that the passage is written not about Christians but about unbelievers. They are convinced of the basic truths of the gospel but have not placed their faith in Jesus Christ as Savior. They are intellectually persuaded but spiritually uncommitted. However, being enlightened and sharing in the Holy Spirit sounds like a saved person, a Christian, and a believer in Jesus Christ. This passage is about Christians.

Another interpretation is that the writer of Hebrews is making a hypothetical statement that has no basis for happening: “If a Christian were to fall away” means it is not possible for a true Christian to fall away.

Many believers have held that true Christians can lose their salvation. Several New Testament texts indicate that this can happen. For example, Paul’s words in 1 Timothy 1:18–20:
“This charge I entrust to you, Timothy, my child, in accordance with the prophecies previously made abo good warfare, holding faith and a good conscience. By rejecting this, some have made shipwreck of their faith, among whom are Hymenaeus and Alexander, whom I have handed over to Satan that they may learn not to blaspheme.” “… amid instructions and admonitions related to Timothy’s life and ministry, Paul warns Timothy to keep the faith, keep a good conscience, and be reminded of those who didn’t. The Apostle refers to those who made “shipwreck of their faith,” men whom he “handed over to Satan that they may learn not to blaspheme.” This second point references Paul’s ex-communication of these men, and the whole passage combines a sober warning with concrete examples of those who fell away grievously from their Christian profession.” RC Sproul

Hebrews 10:26-31 reinforces the argument for deconversion. It says that to deliberately keep on sinning after once receiving the knowledge of salvation has in effect turned away from the faith and Jesus’ sacrifice for sin applies to them no longer. Severe punishment awaits because it is equivalent to insulting Jesus and his sacrifice to create the blood covenant that brings salvation. In addition, the Holy Spirit has been insulted (blasphemed).

Unbelief is the Basis for Deconversion
Without belief, there is no salvation. The Bible is clear that belief in the Lord Jesus Christ is the essential requirement for eternal salvation. The most basic of faith statements, John 3: 16, states, “For God so loved the world that he gave his one and only Son, that whoever believes in him shall not perish but have eternal life”. The Apostle Paul in response to the Philippian jailer’s question, “What must I do to be saved” (Acts 16: 31) replied, “Believe in the Lord Jesus, and you will be saved, you and your household.”
Since belief is essential to salvation, unbelief in Christ would be a state of being unsaved, whether once saved or not. Belief is strengthened and helped made possible by knowing the evidence for the faith with certainty. Deconversion and apostasy imply that belief has given way to unbelief.

The Prevalence of Deconversion
Deconversion is not a rare event. Deconversions have been growing at 1.1 million per year and are fed primarily by youth lost to the church before high school graduation. As many as 60% of Christian church youth leave the faith before high school graduation.2
Deconversion is real and represents a growing problem for the church and America. We know the reasons for deconversion and how to solve it. The church is the only institution that can reverse the trends, but it has blinders.2 It must take the lead.
People need to address doubt and unbelief by knowing the Christian faith based on Biblical, scientific, and historical evidence.3 The church must allow an atmosphere where one can express doubt. Then it must prioritize youth ministry, and Christian Education seeded with more evidence-based curriculum for ages 10-30.4

References:
1. Marriott J, A Recipe for Disaster. Four Ways Churches and Parents Prepare Individuals to Lose Their Faith and How they Can Instill a Faith that Endures (2019)
2. Southard L, The Battle We Must Not Lose: A Call to Save Our Youth and Restore America as One Nation Under God, Faithful Life Publishers (2021).
3. Southard L, To Know with Certainty: Answers to Christian Students Questions Before Leaving High School, WestBow Press (2017).
4. www.toknowwithcerrainty.com 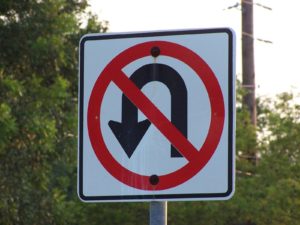